Why would anyone vote for Roy Moore, given the recent accusations against him of sexually inappropriate behavior with young girls? Patrick Buchanan argues the stakes are simply too high not to do so.

Why would Christian conservatives in good conscience go to the polls Dec. 12 and vote for Judge Roy Moore, despite the charges of sexual misconduct with teenagers leveled against him? Answer: That Alabama Senate race could determine whether Roe v. Wade is overturned. The lives of millions of unborn may be the stakes.

Republicans now hold 52 Senate seats. If Democrats pick up the Alabama seat, they need only two more to recapture the Senate, and with it the power to kill any conservative court nominee, as they killed Robert Bork.

Today, the GOP, holding Congress and the White House, has a narrow path to capture the Third Branch, the Supreme Court, and to dominate the federal courts for a decade. For this historic opportunity, the party can thank two senators, one retired, the other still sitting.

In 2013, Harry exercised the “nuclear option,” abolishing the filibuster for President Barack Obama’s judicial nominees. The Senate no longer needed 60 votes to confirm judges. Fifty-one Senate votes could cut off debate and confirm.

Iowa’s Chuck Grassley warned Harry against stripping the minority of its filibuster power. Such a move may come back to bite you, he told Harry. Grassley is now judiciary committee chairman.

And this year a GOP Senate voted to use the nuclear option to shut down a filibuster of Supreme Court nominee Neil Gorsuch, who was then confirmed with 55 votes.

Yet the Democratic minority still had one card to play to block President Trump’s nominees—the “blue slip courtesy.”

If a senator from the state where a federal judicial nominee resides asks for a hold on proceedings, by not returning a blue slip, the judiciary committee has traditionally honored that request and not held hearings.

Sen. Al Franken of Minnesota used the blue slip to block the Trump nomination of David Stras of Minnesota to the 8th U.S. Circuit Court of Appeals. Franken calls Stras too ideological, too conservative.

But Grassley has now decided to reject the blue slip courtesy for appellate court judges, since their jurisdiction is not just over a single state like Minnesota, but over an entire region.

Thus have the skids been greased for a conservative recapture of the federal judiciary unseen since the early days of FDR. 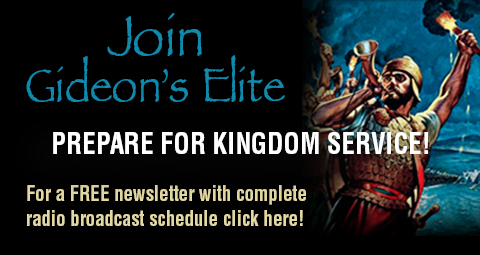 Eighteen of the 179 seats on the U.S. appellate courts and 119 of the 677 seats on federal district courts are already open. More will be opening up. No president in decades has seen the opportunity Trump has to remake the federal judiciary.

Not only are the federal court vacancies almost unprecedented, a GOP Senate and Trump are working in harness to fill them before January 2019, when a new Congress is sworn in.

If Republicans blow this opportunity, it is unlikely to come again. For the Supreme Court has seemed within Republican grasp before, only to have it slip away because of presidential errors.

Nixon had four nominees to the Supreme Court confirmed and Gerald Ford saw his nominee, John Paul Stevens, unanimously confirmed. But of those five justices confirmed from 1969 to 1976, Stevens and Harry Blackmun joined the liberal bloc, and Chief Justice Warren Burger and Lewis Powell voted for Roe v. Wade.

George H.W. Bush named Clarence Thomas to the court, but only after he had elevated David Souter, who also joined the liberal bloc.

Hence, both Trump, by whom he nominates, and a Republican Senate, with its power to confirm with 51 votes, are indispensable if we are to end judicial dictatorship in America.

While Democrats, with 25 Senate seats at risk, would seem to be facing more certain losses than the GOP, with one-third as many seats at stake, history teaches that the first off-year election of Trump could prove a disaster.