It is no secret that Area 51 is perhaps the most secretive place in the world.

But revelations and pictures shared in the 2011 book ‘Area 51: An Uncensored History’ provides an inside look at one of the United States’ greatest mysteries.

The book primarily focuses on the Roswell UFO incident of 1947 and disproving long held conspiracy theories that a flying disk crashed near Roswell, New Mexico.

Author Annie Jacobsen posits that the incident was actually linked to Soviet dictator Joseph Stalin in an attempt to cause disarray in the United States.

Scroll down for videos 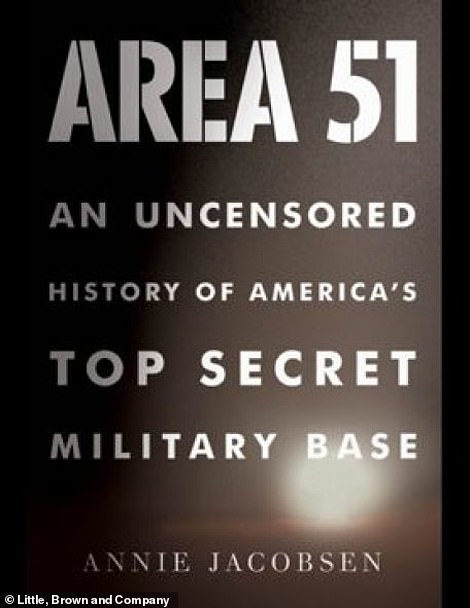 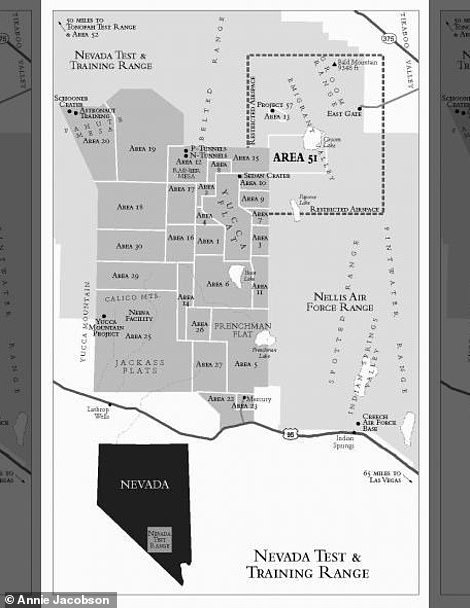 Area 51: An Uncensored History’ provides an inside look at one of the United States’ greatest mysteries – the Roswell UFO Incident of 1947 that rocked Area 51 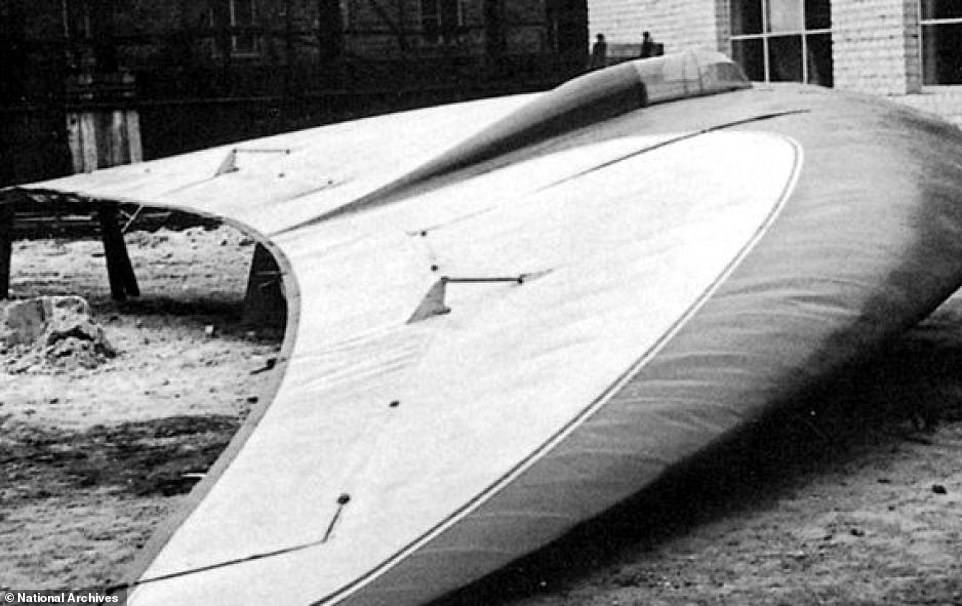 Photos include an aircraft designed the Horten brothers of Germany in 1945. The United States Army Counter Intelligence Corps went on an extension manhunt for the brothers, following the 1947 crash, in hopes of finding their ‘flying disk 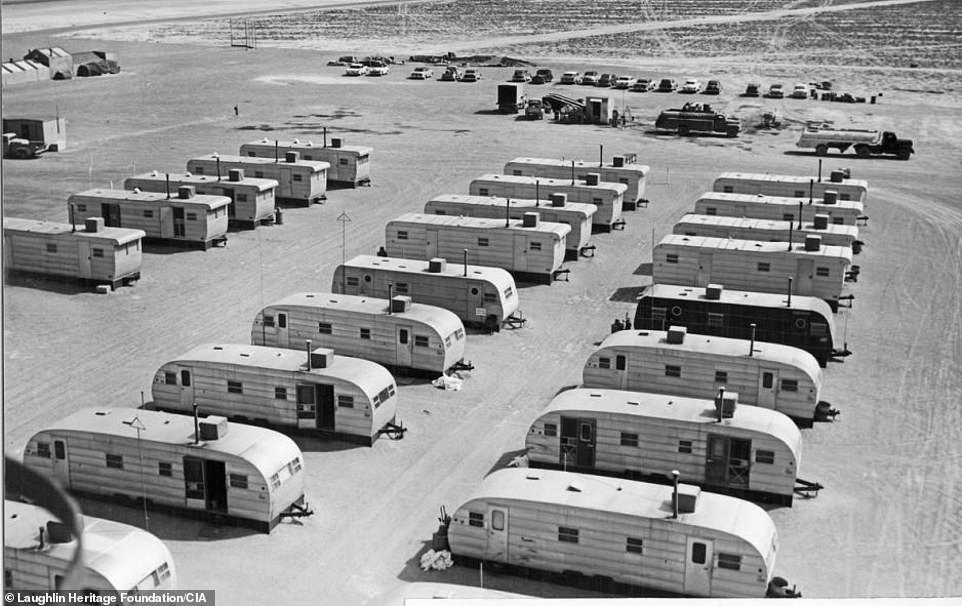 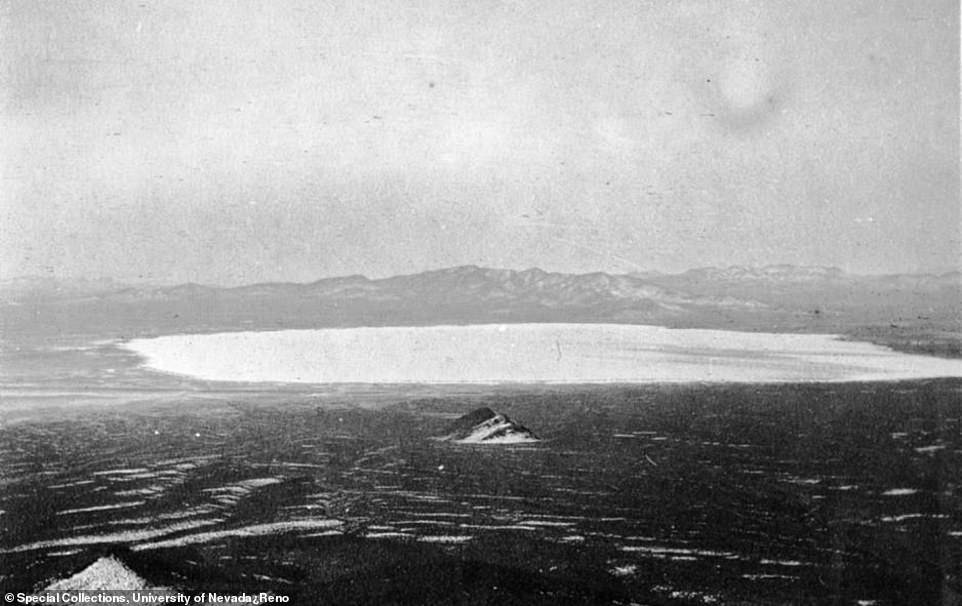 Pictures also show the area before it became a government hot spot. The area now known as Area 51 is actually the dry lake remains of Groom Lake, Nevada

Jacobsen also suggests that children, up to the age of 12, were found inside the aircraft that eventually crashed.

Jacobsen spoke with more than 70 scientists, pilots and engineers who were able to provide insight into the peculiar test site.

Photos include an aircraft designed the Horten brothers of Germany in 1945. The United States Army Counter Intelligence Corps went on an extension manhunt for the brothers, following the 1947 crash, in hopes of finding their ‘flying disk.’ 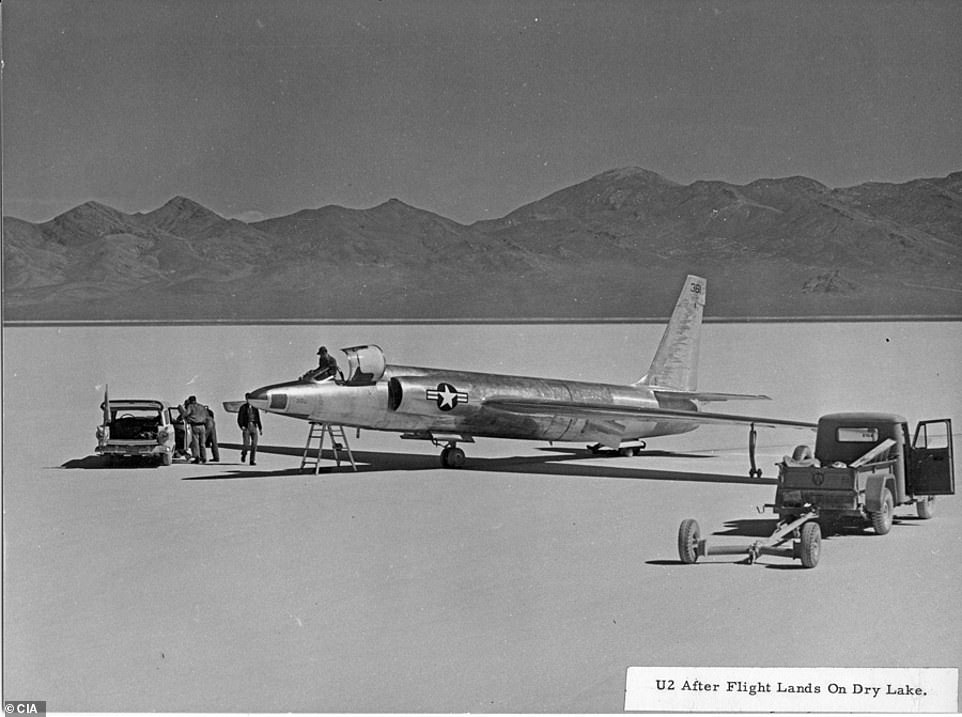 The U-2 spy plane is photographed as it is tested at Area 51 in 1955. Early missions involving the plane were used throughout the Cold War for surveillance over Cuba, the Soviet Union and China 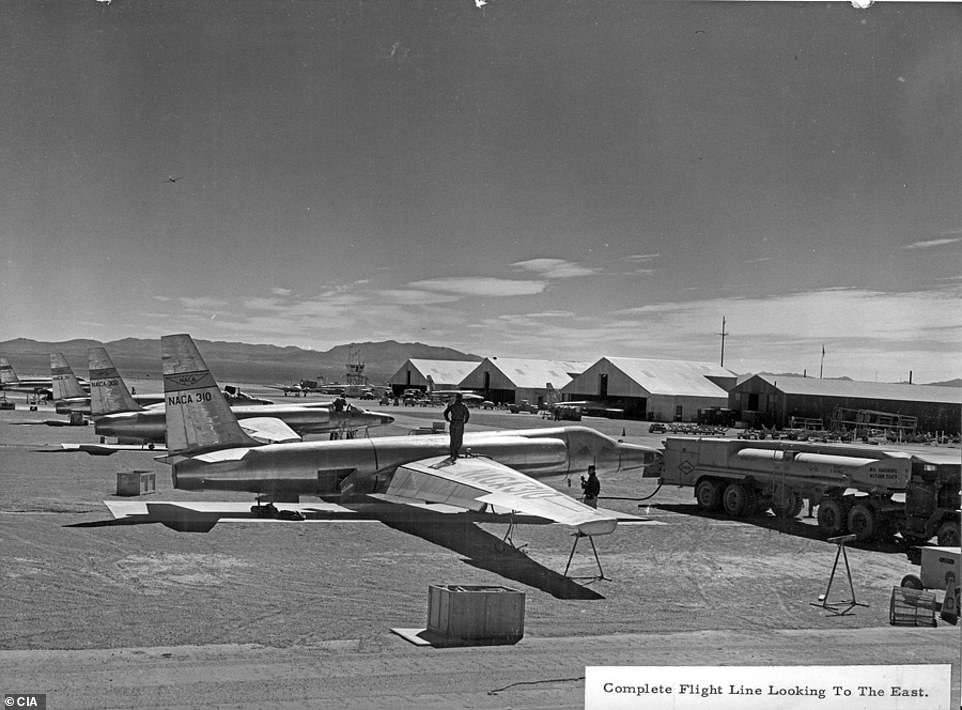 Author Annie Jacobsen spoke with more than 70 scientists, pilots and engineers who were able to provide insight into the peculiar test site 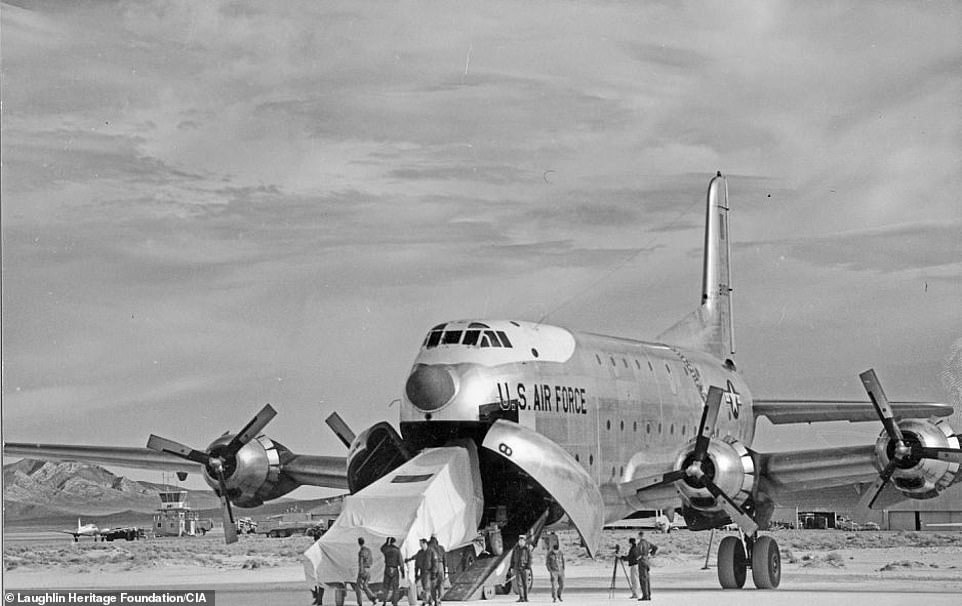 Pictures also show the area before it became a government hot spot. The area now known as Area 51 is actually the dry lake remains of Groom Lake, Nevada.

Area 51 has long been lauded as one of the greatest American mysteries as enthusiast have worked tirelessly to find out more about extraterrestrials.

Bob Lazar, a government scientist and engineer, allegedly worked to reverse-engineer alien technology and claimed that he had seen many ‘flying saucers’ in the area in 1989.

He claimed the government was hiding Martian vehicles at the ‘third dry lake bed from Area 51’, which is believed to be close to the Papoose Lake range. 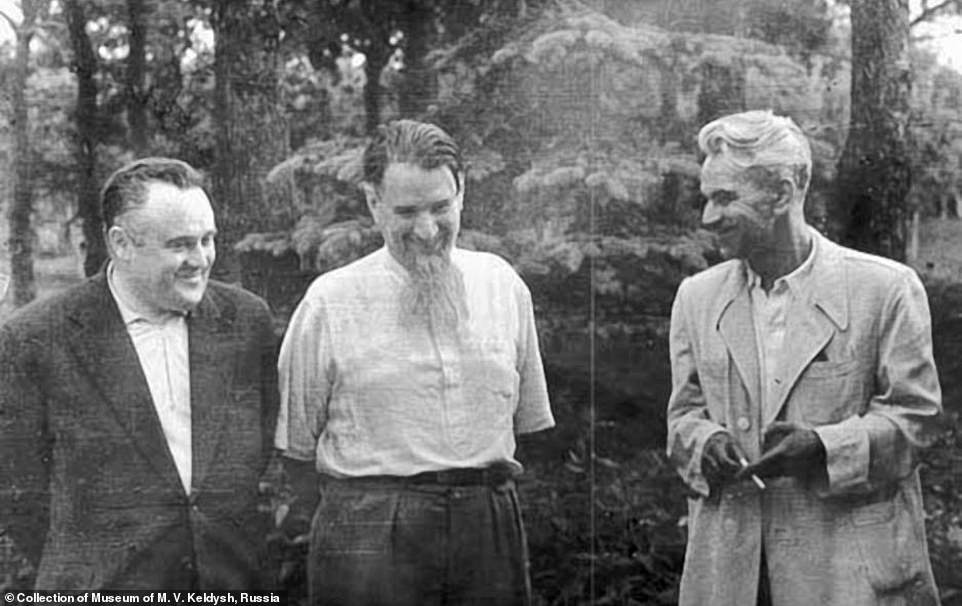 Jacobsen posits that the incident was actually linked to Soviet dictator Joseph Stalin in an attempt to cause disarray in the United States, She specifically alleges that Sputnik lead inventor Sergei Korlev, Russia’s atomic bomb lead developer Igor Kurchatov and mathmatician Mstislav Keldsh were tapped by Stalin to be a part of his secret UFO study team 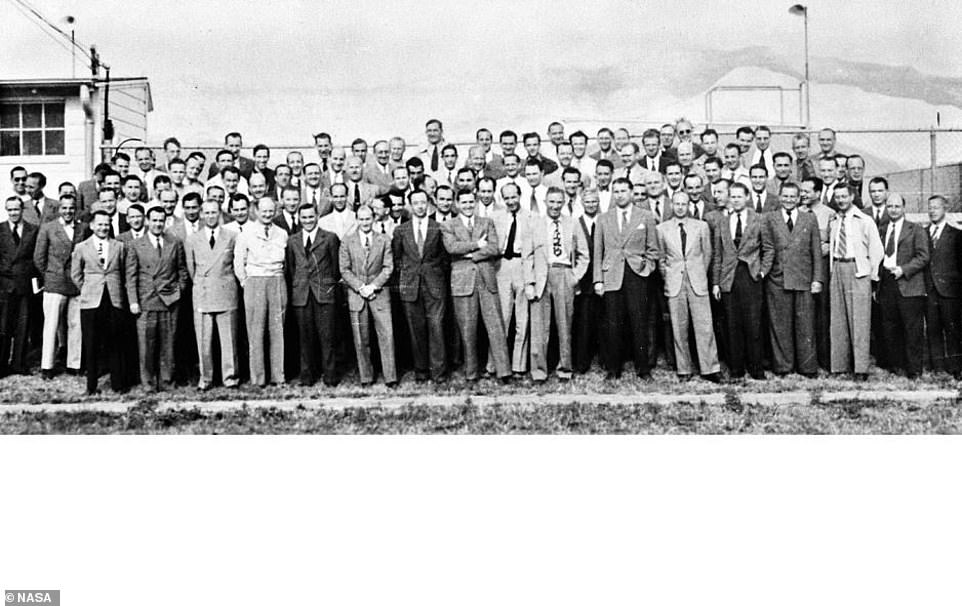 Until 1945, these men worked for Adolf Hitler, but as soon as the war ended they began working for the American military and various intelligence organizations under ‘Operation Paperclip’ 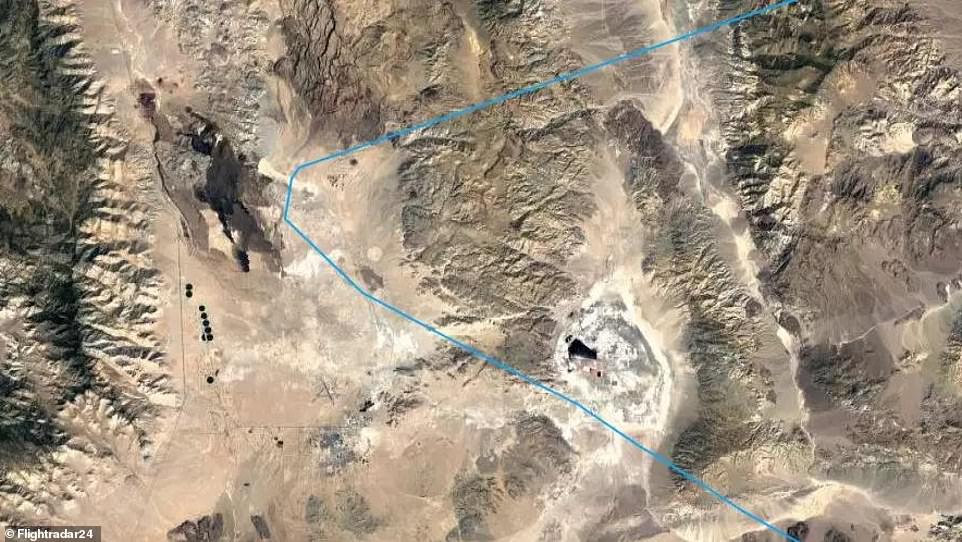 An overhead look at southern Nevada, where Area 51 is said to be

WHAT DOES BOB LAZAR CLAIM TO HAVE SEEN AT AREA S4?

Bob Lazar stepped forward on a local Las Vegas new program to tell the world about his experience at S4 and Area 51.

He was also highlighted in an article about a jet car he claimed to have worked with Nasa to build, which was made from a jet engine modified and placed on an existing car frame.

The article stated that Lazar was ‘a physicist at the Los Alamos Meson Physics Facility’.

In November 1989, Lazar appeared in an interview with investigative reporter George Knapp on Las Vegas TV station KLAS to talk about his experience while employed at ‘S4’, which he claims atop-secret part of Area 51.

In his interview with Knapp, Lazar said he encountered several flying saucers.

He says he first thought the saucers were secret terrestrial aircraft whose test flights must have been responsible for many UFO reports.

On closer examination and from having been shown multiple briefing documents, Lazar came to the conclusion that the discs were of extraterrestrial origin.

During his filed testimony, Lazar explains how this impression first hit him after he boarded one craft being studied and examined its interior.

Roswell UFO Incident at Area 51 was a hoax orchestrated by the Soviet Union, journalist claims

THE former chief of a secret US government programme claims UFOs really do exist.

Luis Elizondo claims proof of their existence has been “proved beyond reasonable doubt” after heading a secret £16million investigation into the existence of extraterrestrial life.

Speaking to The Telegraph Elizondo said: “I think it’s pretty clear this is not us, and it’s not anyone else, so one has to ask where they’re from.

“In my opinion, if this was a court of law, we have reached the point of ‘beyond reasonable doubt’. I hate to use the term UFO but that’s what we’re looking at.”

He said much of what he could discuss was still classified but said there had been “lots” of UFO sightings during the programme.

He was unable to comment on whether his team had examined sightings in other countries including the UK.

During the investigation geographical ‘hot spots’ emerged near nuclear facilities and power plants.

Since the revelation of the US government programme attention has been focused on footage of an unidentified object off San Diego, California, in 2004.

The Pentagon confirmed that audio and video of two US Navy pilots chasing an unidentified flying object near San Diego was investigated as part of the programme.

While not hostile in its manoeuvrability Elizondo claims the UFO sightings made onlookers conscious “something could happen.”

Luis Elizondo oversaw the Advanced Aerospace Threat Identification Program, which ran for five years between 2007 and 2012.

Footage, released in August, claims to show a UFO rotating while maintaining a “glowing aura”.

The programme was set up by retired US Democratic Senator Harry Reid.

Most of the money for the programme went to an aerospace research company run by billionaire entrepreneur Robert Bigelow, who is currently working with NASA.

Mr Reid confirmed he set up the program, adding: “I’m not embarrassed or ashamed or sorry I got this thing going.

“I think it’s one of the good things I did in my congressional service.
I’ve done something that no one has done before.”